In adventure segments, players can watch the story unfold through “visual novel”-style scenes and dialogue between characters therein. There are some instances where a player would have to select a destination, and various events can happen.

As you progress through the story, critical confrontations will play out as SRPG-style battles.

The exact sequence of actions in a chain is unique to the unit performing it, and may include healing and buffing. New action chains can be learned by leveling up, and more actions are added to existing chains each unit knows over time. When it’s used, the screen will display either the “normal” or “charge” rings.

Charge rings fill over time in a clockwise direction. Press and hold the attack button, then release it when the ring is full to trigger the next action in the chain. Letting go at the precise moment the ring fills completely will induce a critical hit.

Players who experience difficulty completing action chains may turn on Auto-Chain mode to trigger actions for them, but the unit performing the chain will be unable to make critical hits while doing so.

Skills are abilities that can be triggered when a unit is defending against an attack, and include a variety of effects, including dodging and countering. When you have an opportunity to trigger a skill, two rings will appear onscreen. Press the attack button when they overlap to execute the skill.

Units build up Zeal by performing most action chains (though some cost Zeal instead of granting it). If a unit reaches full (100) Zeal by the end of its turn, it will enter an Overzeal state and become able to act once more. During Overzeal, units:

Units also receive bonuses based on their elemental affinity during Overzeal.

As units level up more actions are added to their action chains, culminating in the unit learning a Final Strike. Final Strikes are unique to each character, and may be used when an action chain is successfully complete during Overzeal. Each Final Strike has its own special effects and animations, and performing one will end the Overzeal state.

This is one of the new additions to the battle system.

As the story progresses and with certain criteria met, “Co-op Chain” of 2 units can be used. It will do increased damage compared to a standard attack, and nullify the opponent’s skills. Co-op Chain is possible with any set of units.

Players can also heal with Co-op Chains. It will activate when the player units are Overzealed at the time of attack (heal) by moving into enemy range.

This is one of the new additions to the battle system.

As the story progresses and with certain criteria met it will become available. This is done by combining specific units. The damage will increase, and comes with its own special effects and animations.

This is one of the new additions to the battle system, and will become available when the story progresses. It’s a mode where player units are divided into 2 teams and battle. During the battle, experience points will be gained for both teams, and winning will give BP. (bonus points). The team will be decided automatically and the map will be drawn at random. It’s not just for leveling, but can strengthened the units with BP gains.

This is one of the new additions to the battle system, and will become available when the story progresses. There are different criteria which must be met to clear each stage, and depending on the stage players can get items. Also, criteria for unlocking the stage must be met to play.

Haku is carrying out Oshtor’s will by donning the mask of Akuruka disguising himself. With the infamous fame and connections of Oshtor, along with Haku’s knowledge, his plan is to take back the throne for Anju.

Oshtor’s little sister. Contrary to her adolescent looks, she’s an intelligent, responsible young lady. She’s a child prodigy who was the youngest to ever pass the rigorous Imperial exam, and loves to study ancient history.

Her support and loyalty lies within disguised Haku to help carry out her brother’s will. But in the back of her mind, she blames herself for his death, still struggling with it.

The daughter of Ozen, the owlo of the neighboring land of Kuyjuri. She's the youngest of 15 siblings, elegant and pleasant, and a bit of on the shy side. She excels in cooking while also proficient in brewing tea and baking. Helps look after Anju a lot. Experiencing the death of her beloved Haku and watching her comrades fight helped her mentally grow and to become her own person.

The daughter of Soyankekur, the owlo of the coastal land of Shyahoro. Fearless and easygoing, she speaks with her own style. She genuninely enjoys war, and is an important asset to Ennakamuy, but when she gets riled up, she becomes aggressive. She's always with her pet, Kurarin.

Beautiful lady from Tuskur, with such grace and patience. Always by Kuon's side, she is understanding and like a sister to her. Her beauty can cause some problems, which is troublesome ot Kuon at times.

Yamato's young princess. Well-spoken, indulgent, and carefree. Her life as an imperial heiress often made her seem oblivious and inconsiderate of others, but she slowly began maturing alongside Haku and his friends... until tragic deaths and political strife threw her life into chaos.

A straightforward and honest girl. Master of bow and arrow with outstanding bosoms. She used to be the leader of the Nosuri bandit group, but since she met Haku, she’s been travelling with him. At her side is her younger brother, Ougi.

Nosuri's younger brother and her accomplice. He's young, sharp, and very observant to which he is well versed in reading people. He helps Haku along with his sister. After saving Anju, he stays at the capital with Kiwru, per Oshtor's orders.

The twins Haku inherited from the Mikado. Their faces are identical, except Uruuru has light skin and talks awkwardly, and Saraana is tanned who speaks politely. They swore their loyalty to Haku, and their passionate nature can cause some trouble at times. In battle, their magic abilities are very reliable.

One of the Eight Pillars that is known as the “Guardian”. She’s well versed in defensive type of battle, and protected the entire land from an ambush with her Akuruturuka. During downtime, she handles Anju’s studies and at times gets dragged around by her bratty attitude. When Yamato invaded Tuskur, during the retreat, she volunteered to stay in Tuskur, to prevent any further attacks from them.

He is the prince of Nakoku, neighboring country of Shyahoro. His mother is the younger sister of Soyankekur. Soyankekur is his uncle, and his daughter Atuy is his cousin. Even though he's young, due to his seriousness and genunine nature, he has gained immense trust from the peiople. Atuy and Itak's parents have decided to have them arranged to be married, but Atuy doesn't know about it.

The skilled young apothecary of Tuskur who saved Haku, gave him his name, and traveled at his side. Bold and cunning in equal measure. Her travels with Haku took her to the Imperial Capital, and she worked alongside him as one of Oshtor's agents. When Yamato went to war against Tuskur, she chose her friends over her homeland, but upon hearing of Haku’s “death,” she left the group behind—her mind and heart broken by the pain.

A swordsman that earned him the name "Jachdwalt the Mirage Blade". A free spirit thinker, and always with his adopted daughter Shinonon. During the battle with Uzurusha, Shinonon was taken as a hostage, and momentarily become enemies with Haku, but later they end up traveling together. His experienced sword skills are undeniably a great help to the group.

Adopted daughter of Jachdwalt. Young and full of energy, she sometimes talks like a grown up, sounding at times like her dad. She was taken hostage by the Uzurusha, but got saved due to Haku's palns. Afterwards, she travels with Haku alongside her dad. She seems to have taken a shine to Kiwru.

Prince of Ennakamuy, petite and liked by many. He took a vow of brotherhood with Oshtor. He can be frail at times, but is growing exponentially during battles. He can be naïve and gets pulled around by others quite often. After saving Anju, he took Oshtor’s orders, and stayed with Ougi at the Imperial Capital.

The eldest son of Ozen, owlo of Kujyuri. He is the older brother of Rulutieh, and Shis's younger brother. He is the second-born of 15 siblings. Very polite and kind, he can't go against his older sister Shis.

Rulutieh's father. He is the owlo of Kujyuri, and also one of the Eight Pillars. He reclaimed the wasteland and created a place for people tio live. Hence he is called "Ozen the Harvester". He has a loving side where he spoils his 15 chlidren inclluding Rulutieh.

Ozen's firstborn, and Rulutieh's older sister. She's very strong willed. She left Kujyuri for an arranged political marriage, but came back home acting as if nothing happened. She loves Rulutieh, and will do anytihg for her. Sometimes that attitude can be an annoyance to others.

Oshtor and Nekone’s mother, who lives by herself in the outskirts of Ennakamuy. After being widowed, she raised Oshtor and Nekone as a single mother. She’s kind, pleasant, and a great mother. Recently her eyes started to go bad, and lives a simple, quiet life. 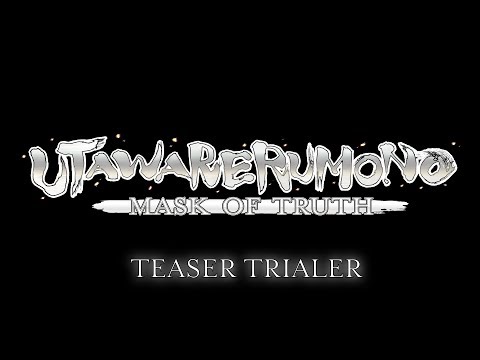 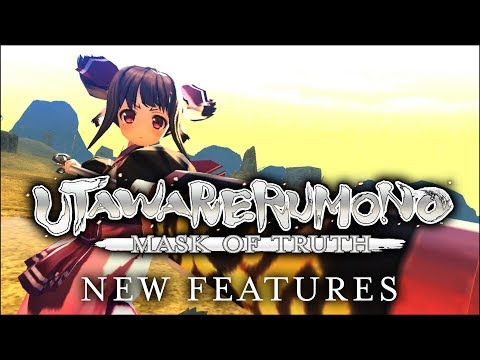