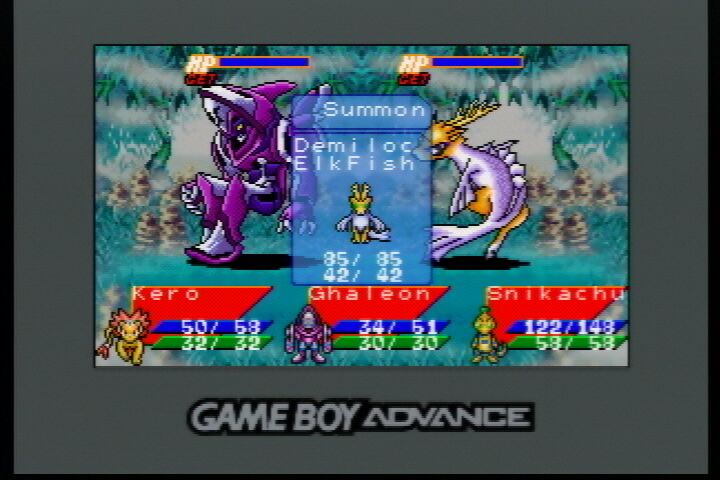 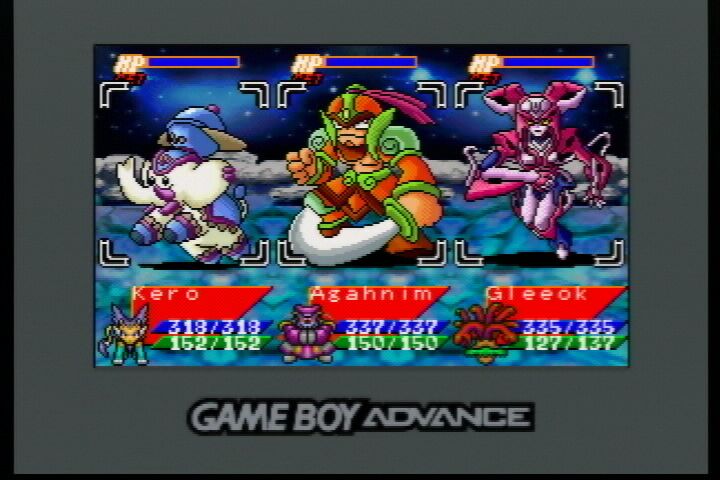 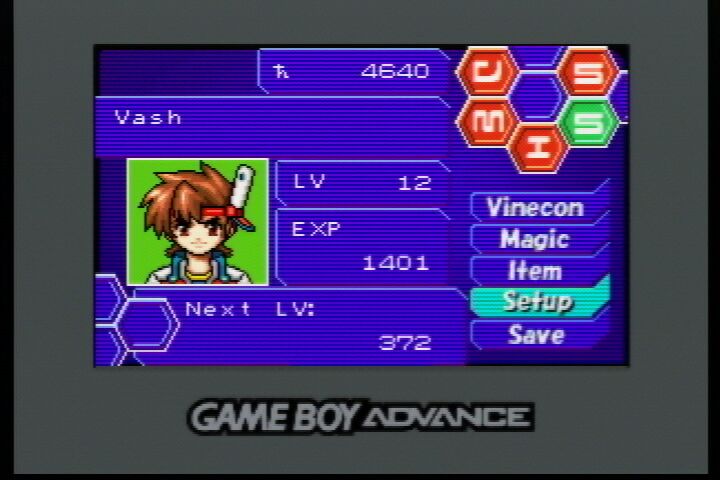 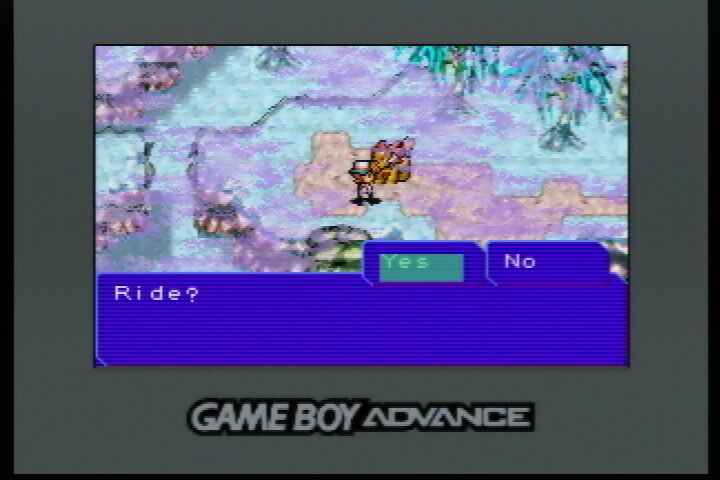 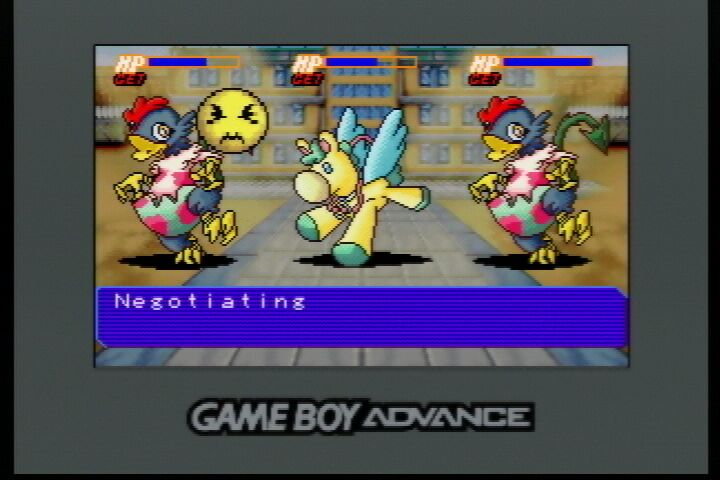 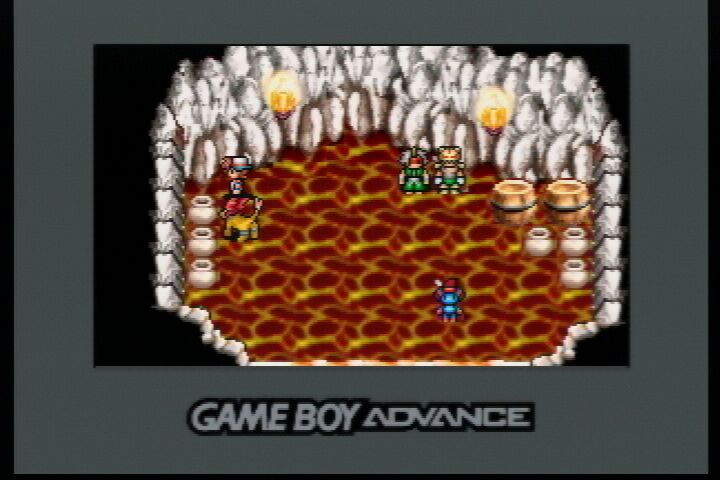 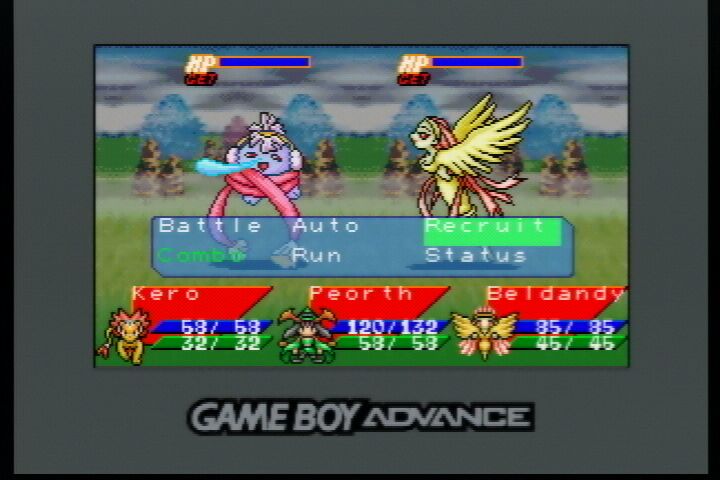 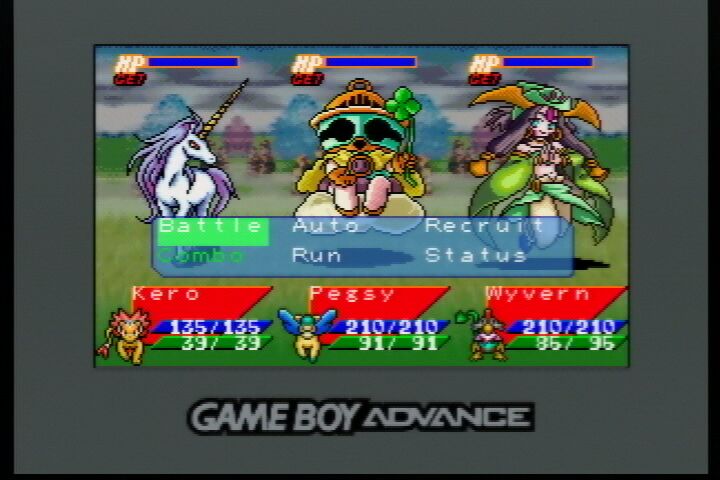 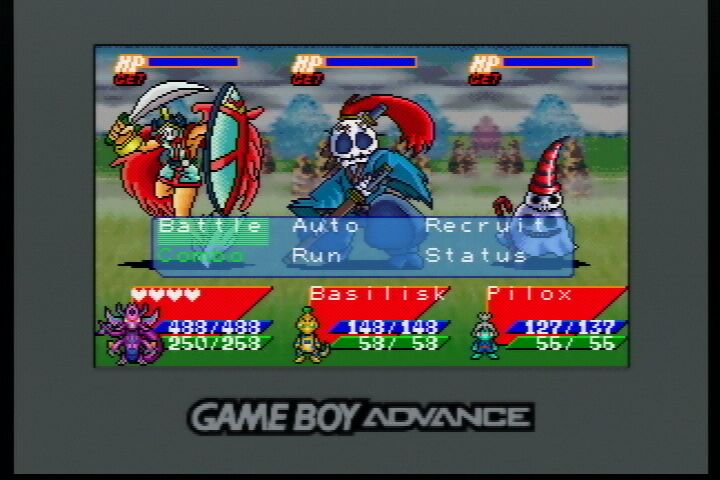 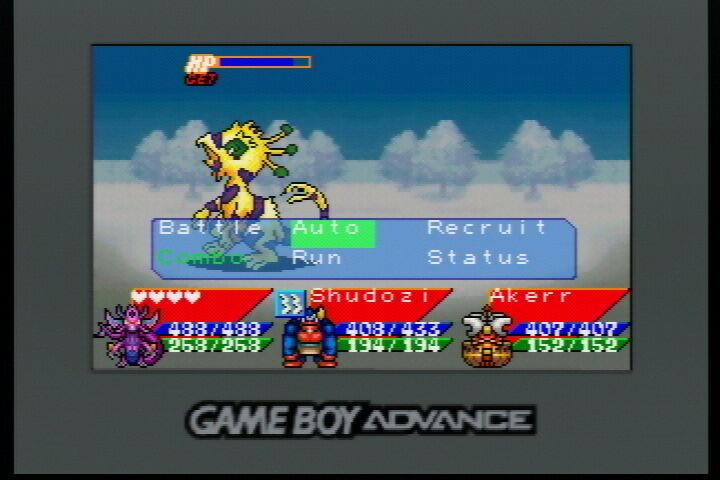 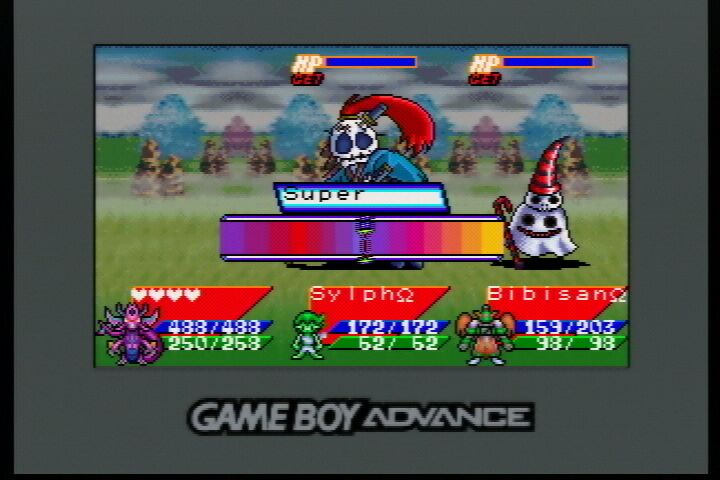 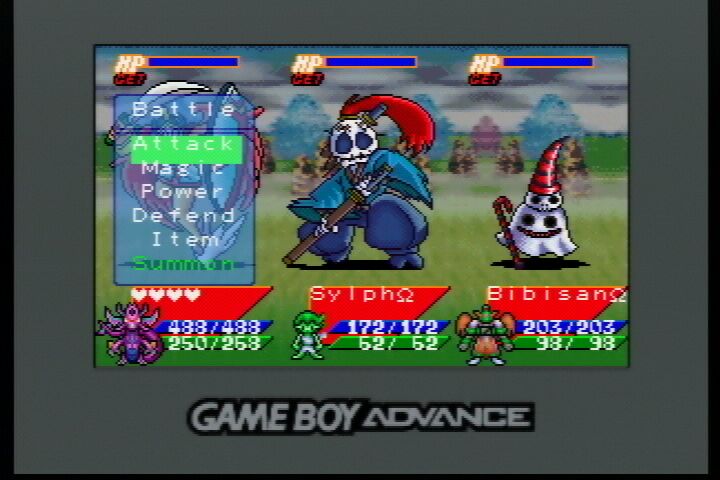 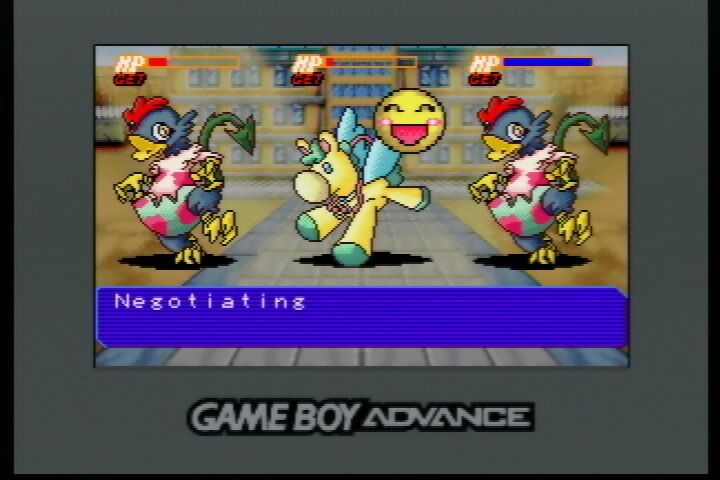 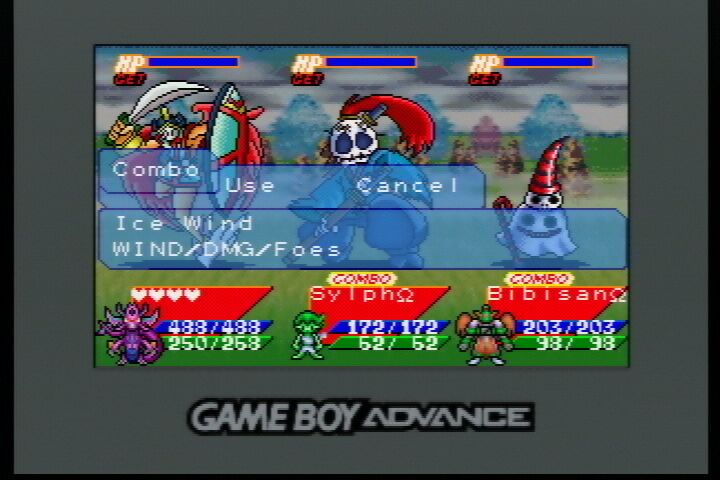 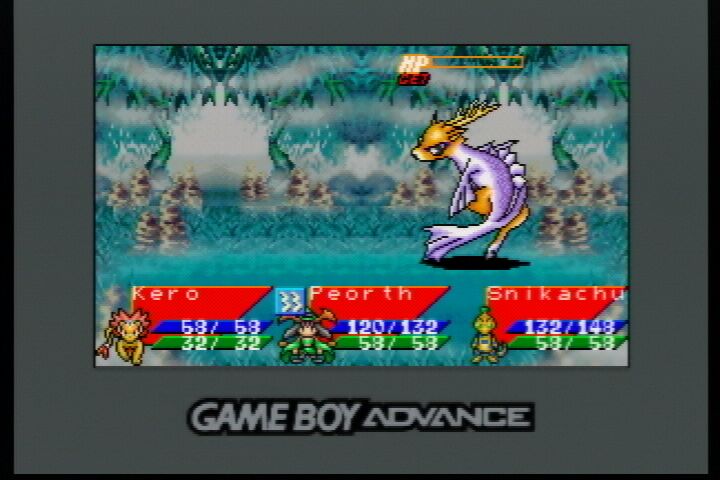 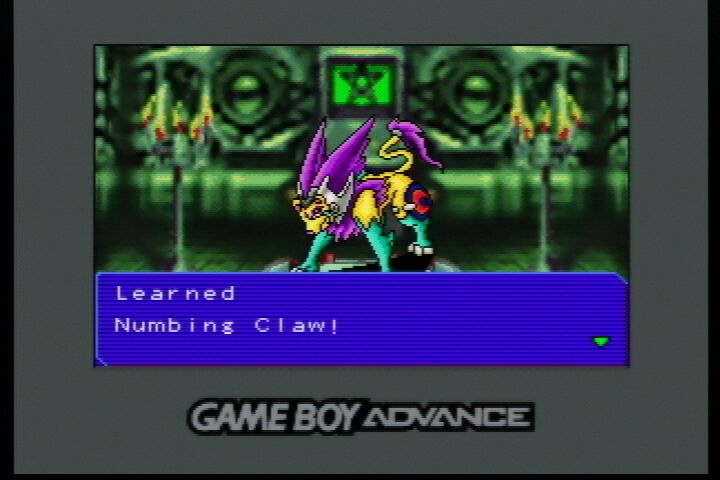 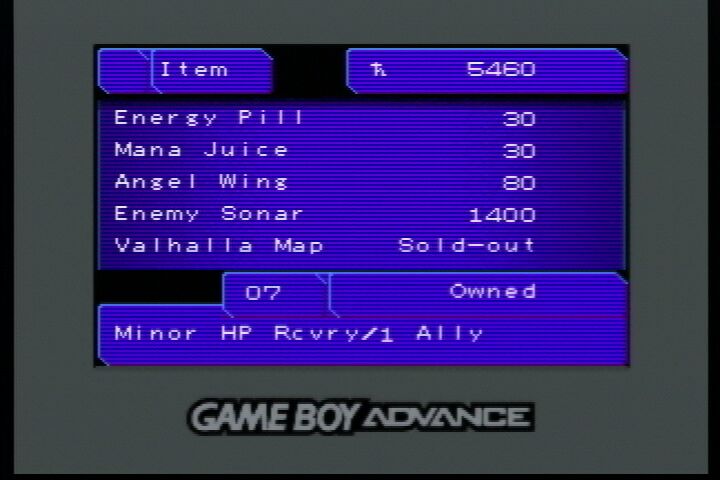 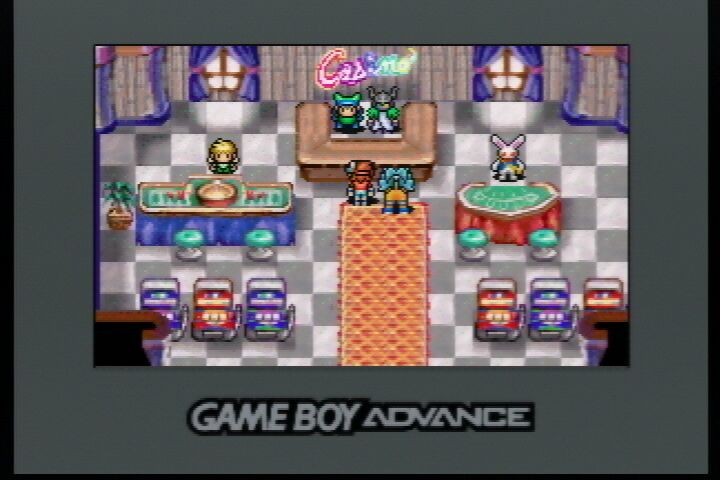 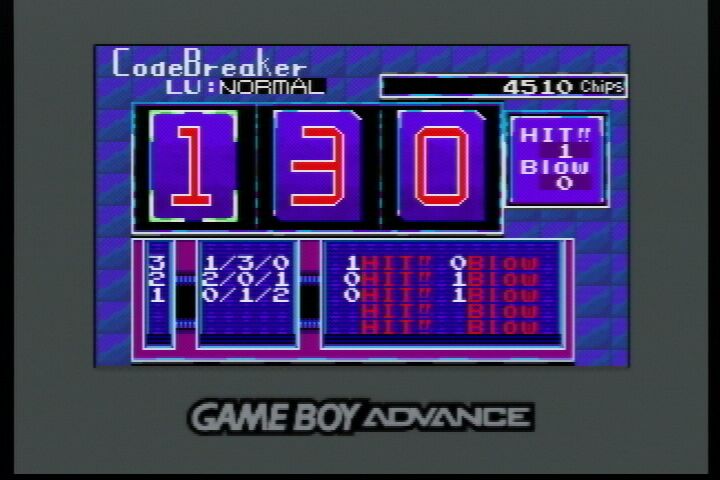 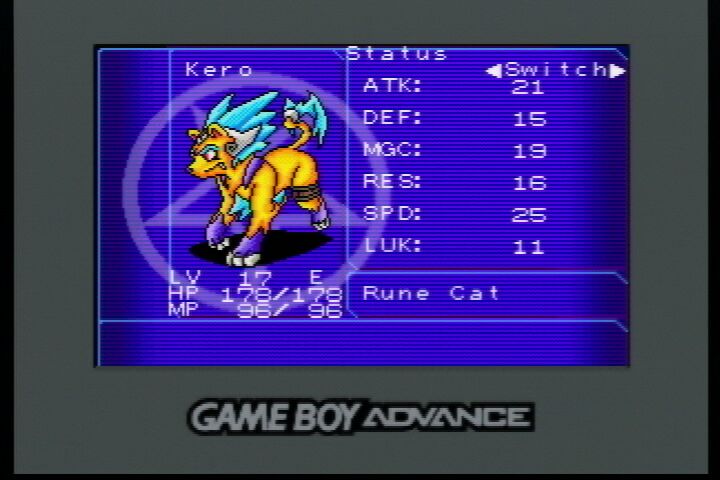 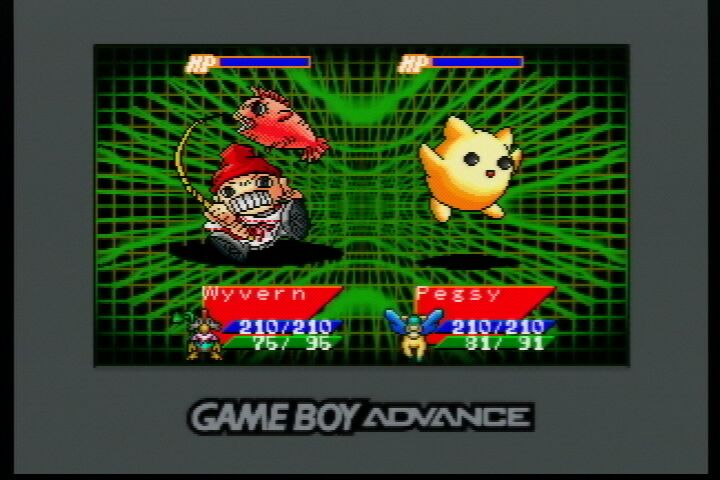 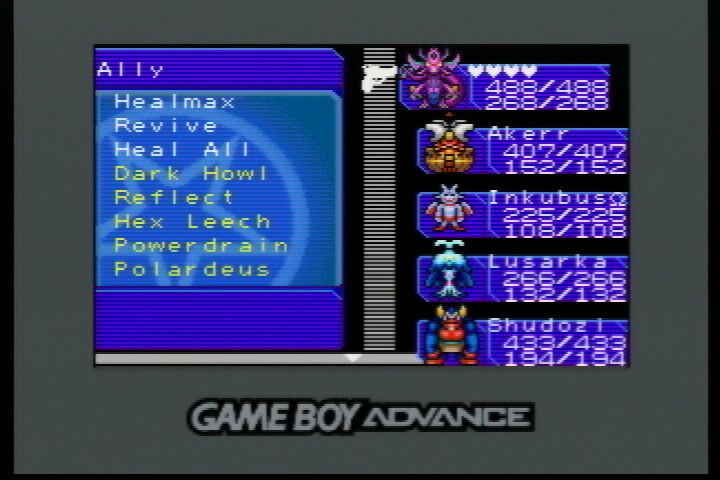 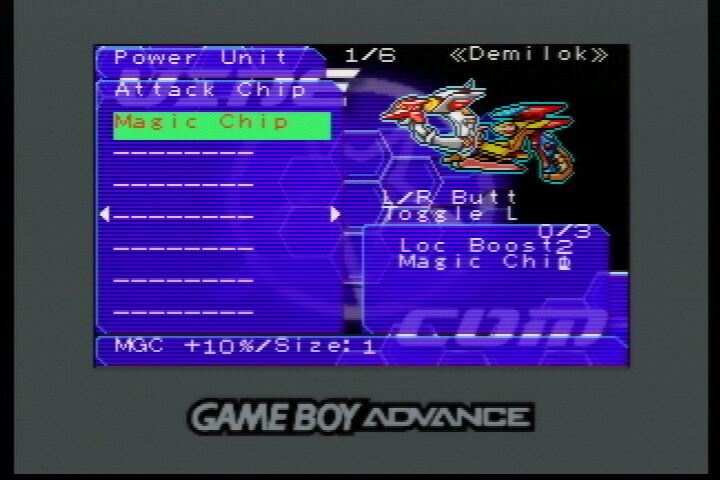 While snooping around the school's library, they happen upon a mysterious book containing various spells and incantations. Curiosity overwhelms the group as they decide to carry out a summoning ritual, unprepared for the consequences... To their surprise, an evil demon appears and their only hope comes from a peculiar new student, Amy, who gives Jin and Akira the power to capture and summon demons by way of the gun-like Demiloc. They are also joined by Rand and Gale, guardian demons sent to protect them.

Based on the best-selling Shin Megami Tensei series in Japan, DemiKids: Light and Dark for the GameBoy Advance!

Choose between the player friendly Light Version or the darker and more challenging, Dark Version.

No matter which one you choose, you'll be in for the adventure of a lifetime! 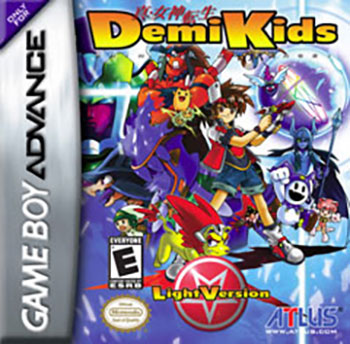