Ah yes, Odin Sphere Leifthrasir. Although the HD remake of the PS2 classic was released a couple weeks ago, we still can’t get enough of it here at the office. I mean what’s not to love? It’s got a beautiful art style, refined action packed gameplay, deep skill tree, colorful cast of characters, and the emotional highs of a true Wagnerian opera. That’s all fine and dandy, but we all know that the real star of the game is, of course, the decadent mouth watering food.

Sure, eating food in the game helps rebuild health and gives bonuses to experience acquisition, but honestly the food just looks SO DARN GOOD (thanks to the talented artists at Vanillaware). There’s lamb steak, yogurt cheesecake, salmon escabeche, gnocchi, and much much more. I’m literally about to salivate all over my keyboard if I continue, but you get the picture. Anyways, we were inspired by the all the food in cooking in the game, so we decided to create a cooking show called… ATLUS CHEF. After an excruciating audition process, we weeded out the best cooks in the office and made them compete for your viewing pleasure! As a result, Lauren from QA and the mysterious Baker X ended up competing in a head-to-head single dish battle of culinary excellence. 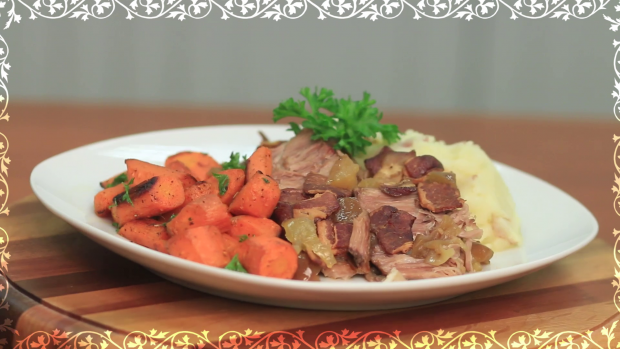 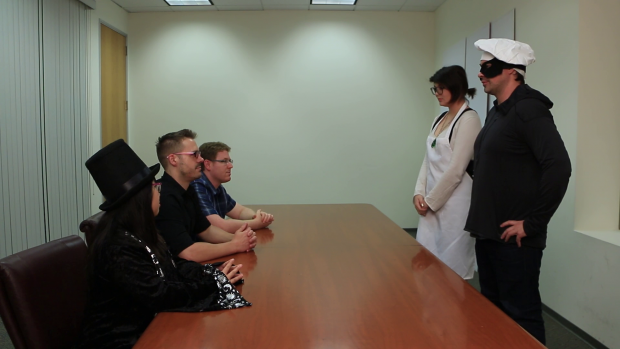 Check out the video below to see who won the prestigious ATLUS Chef competition:

It’s a Hee-Halloween-Holiday Miracle! Congratulations to the Atlus-O-Weenie 2021 winners, and make sure to vote for the Community’s Choice winner here -> https://bit.ly/3mwz0JH

Shin Megami Tensei V is now available on Nintendo Switch! We’re celebrating the release with a digital wallpaper collection for mobile and desktop!