If you’ve ever watched any low-budget sci-fi movie from the 50s-70s (if all you can think of from this period is “Star Wars” and “2001: A Space Odyssey,” then let us cordially introduce you to Ed Wood’s “Plan 9 From Outer Space“) then you’ll be right at home in ACE Team’s The Deadly Tower of Monsters.

Our indie developer friends from Chile (and the creative masterminds behind Zeno Clash, Zeno Clash 2, Rock of Ages and Abyss Odyssey) are hard at work on this PS4/PC download-only title coming this fall! And when we say hard at work – we mean it. It’s one thing to make a video game look good. But making a video game look good while trying to intentionally make it look bad? They’re madmen!

But seriously, if you haven’t watched the trailer yet, you’ll quickly see what I mean. Every enemy from the tribes of warring monkeys to the mutant bird-crab hybrid look TOTALLY realistic…as long as you ignore the zippers, the human feet, or stop-motioned monsters. The Deadly Tower of Monsters (we’re calling it DTOM in the office) will be a single-player adventure, but there will be three characters you can choose from: Dick Starspeed, Scarlet Nova, and Robot. Each character has their own special abilities we’ll talk about later, but in the trailer you’ll see them fighing hordes with both ranged and melee weapons. You’re gonna want to start building your collection of those pretty early on!

We’ll have more news, gameplay, screenshots, and livestreams of The Deadly Tower of Monsters in the coming weeks, so don’t change that dial! 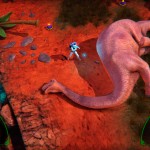 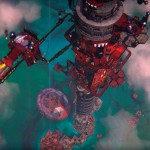 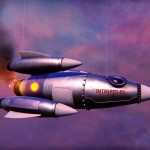 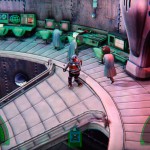 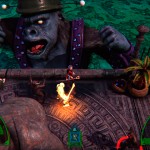 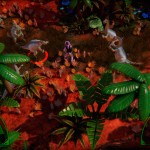 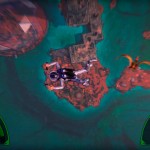 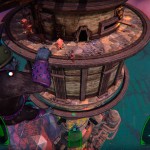